During the 2020 NFL Draft, NFL Commissioner Roger Goodell announced that the NFL would be recommitting to Las Vegas for its 87th annual NFL Draft in 2022. The news came shortly after all 2020 public Draft events were canceled due to the Coronavirus pandemic.

“I’m pleased to announce that Las Vegas will host the 2022 NFL Draft, where we look forward to holding an even bigger and better event than we could have ever imagined this year,” Goodell said in a press release. “Congratulations to Las Vegas, the Las Vegas Convention and Visitors Authority, the Raiders’ organization and Raider Nation.”

“We’re thrilled the NFL has given us the opportunity to host the Draft in Las Vegas in 2022. While disappointed we were unable to bring this exciting event to life this year,” added Steve Hill, Chief Executive Officer and President, Las Vegas Convention and Visitors Authority (LVCVA), “We plan to make the 87th annual NFL Draft an ONLY VEGAS experience football fans will never forget.”

Everything You Need to Know About the 2022 NFL Draft

Get ready football fans—it’s 2022 and the NFL Draft is right around the corner. Here’s everything you need to know to get ready for football season this year.

The 2022 NFL Draft will host several events between April 28-30, 2022. The celebration will kick off on Thursday, April 28, on the Las Vegas Strip with live entertainment and performances. This year, the NFL Draft Red Carpet Stage will appear floating amidst the Fountains of Bellagio. 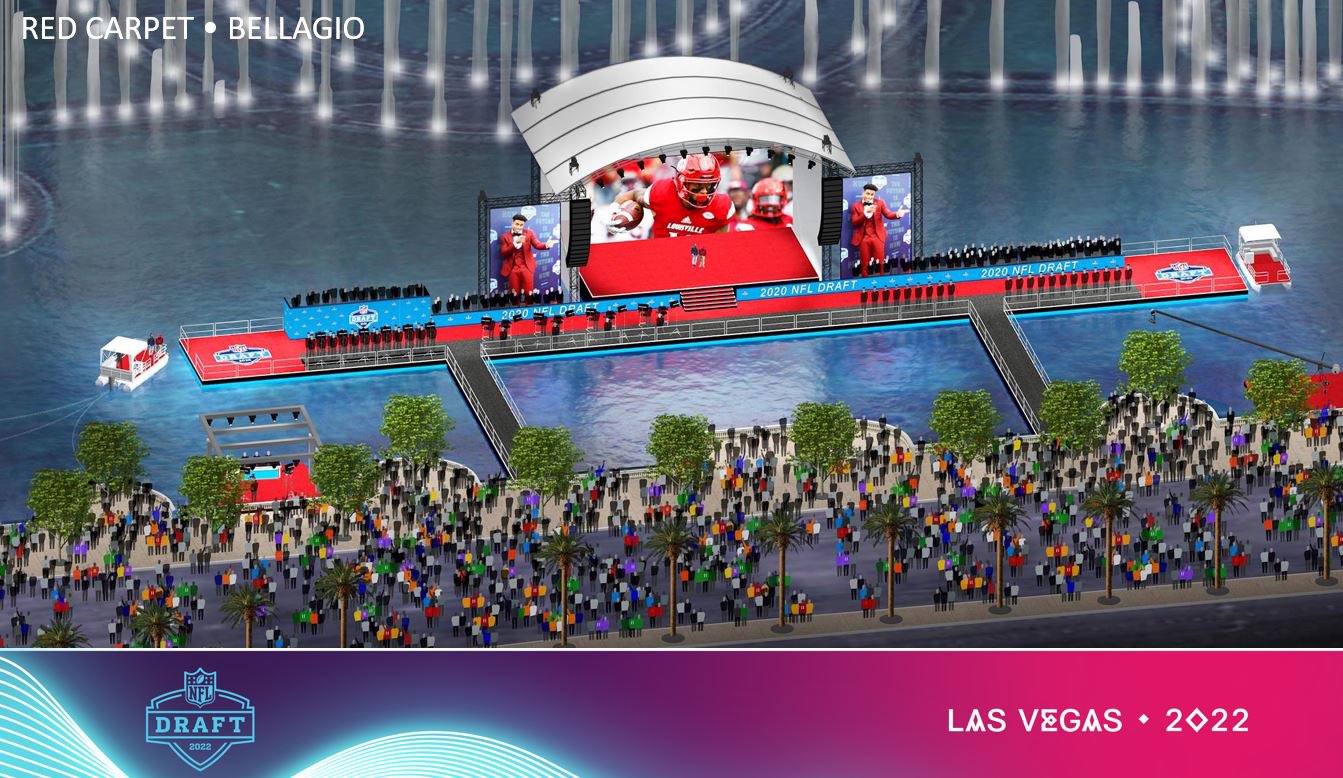 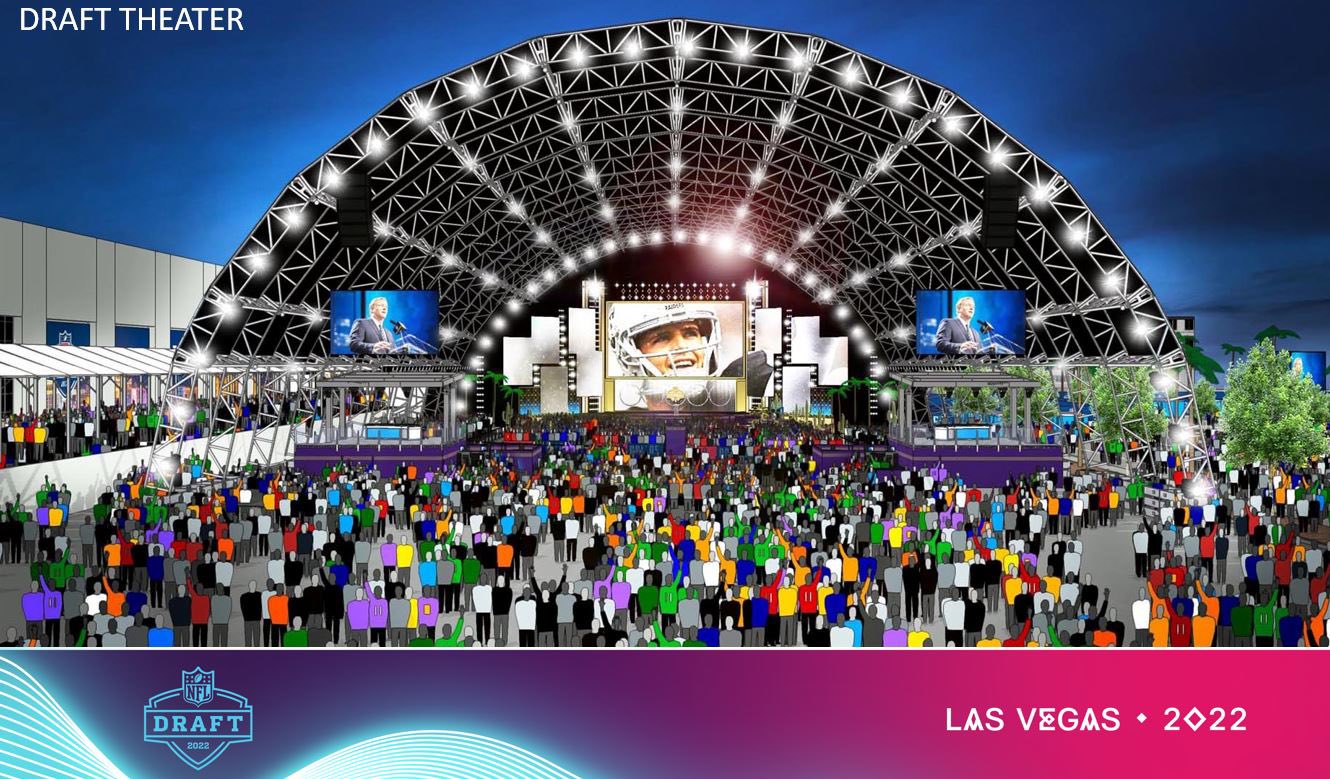 Football fans should expect to undergo a security screening before entering an NFL Draft event. We’ve listed the NFL’s bag restrictions below:

Getting There with the Las Vegas Monorail